A few days ago, Jimmy, Richard and I went to Kingston for Henry’s convocation. Since the convocation didn’t begin until the afternoon, we had lunch at Sima Sushi. This is Lucy and Jimmy's favourite sushi place in Kingston. You can read about their fondness of the restaurant here. 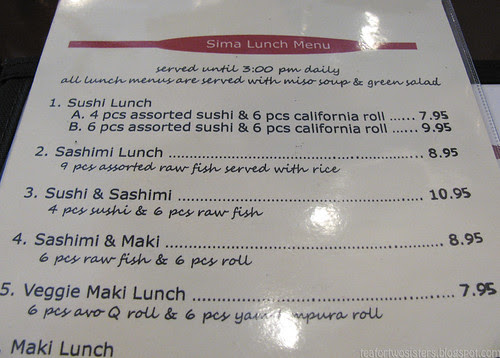 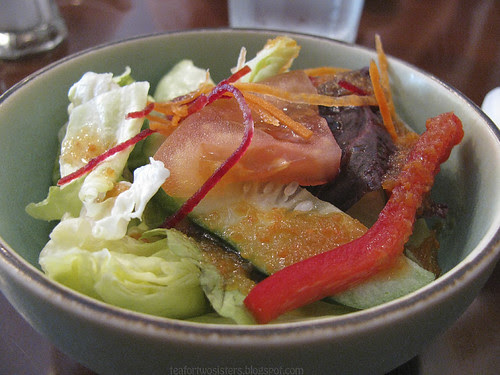 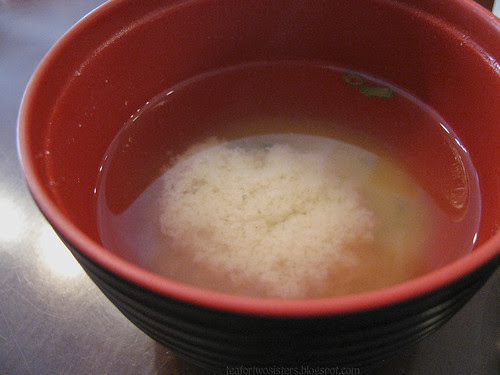 Each set included some salad and a bowl of miso soup. It wasn’t spectacular, but it wasn’t meant to be. 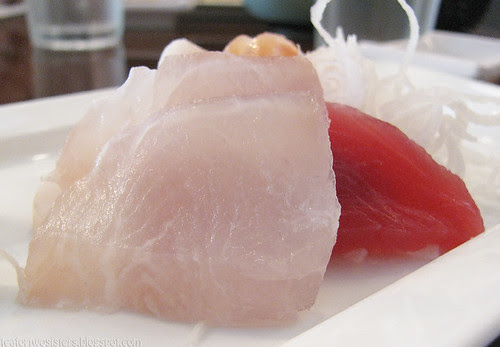 I got the sashimi and maki lunch set. It came with yellowtail, tuna, salmon, and butterfish sashimi. 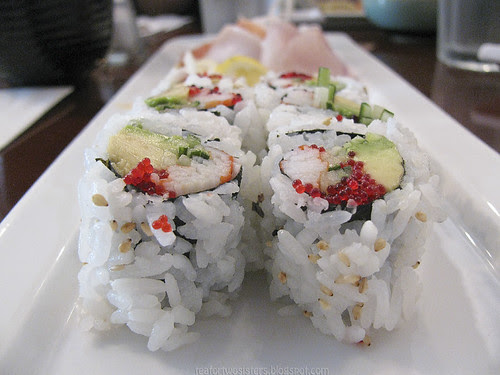 And also included some California rolls. Henry ordered the 1A Sushi lunch set which replaced the sashimi with sushi rolls (not pictured). 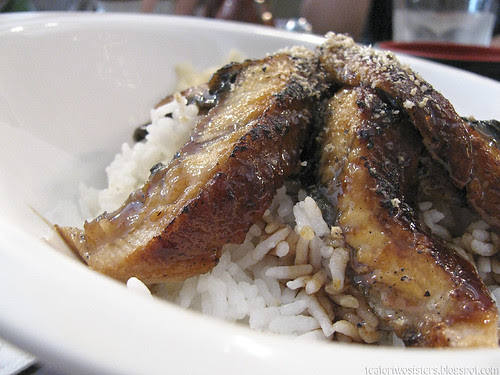 Richard got the unagi don. The eel was a bit fishy to me, though it’s normally like that, but it tasted fine with the rice and sauce. 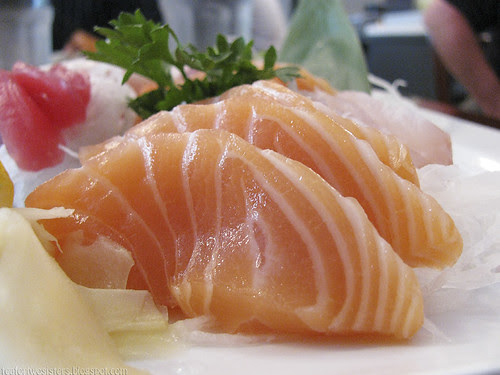 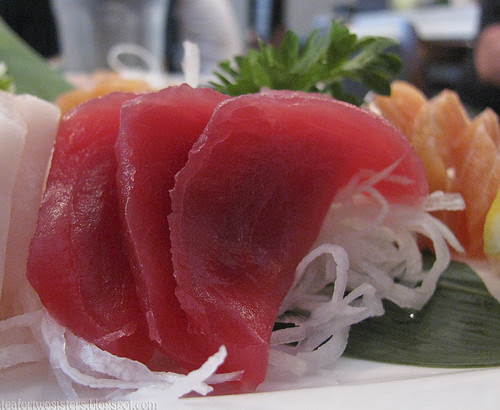 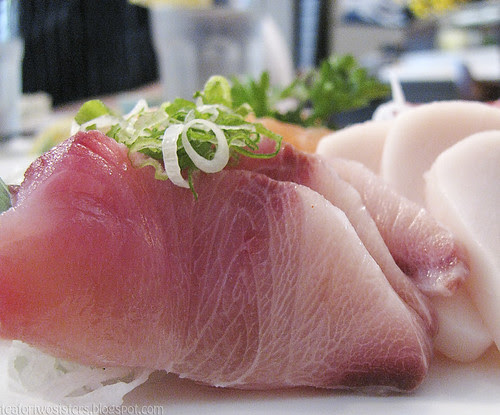 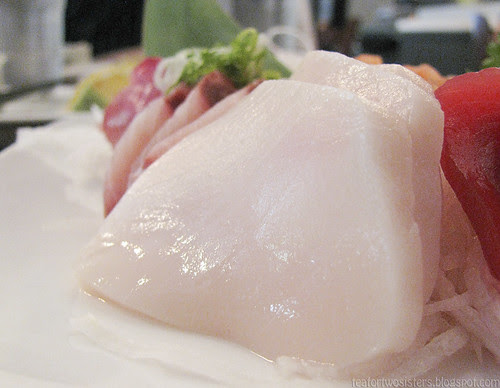 Jimmy got a sashimi dinner set (salmon, tuna, yellowtail, and butterfish sashimi).
Lucy and Jimmy love Sima Sushi – oh, Andrew too! They always talk about the dreamy butterfish. I didn’t think it was that great.

It does look like Sima Sushi has been consistent over the years. Take a look at their two trips here and here about two years ago. Reading the two entries written by Lucy is a breath of fresh air. I know I'm not a great writer. Anyway...
We headed back to Henry’s place to chill after the ceremonies wrapped up. The plan was to go to Grecos for some Greek food, but we weren’t able to grab a table since everyone came in to town for the convocations. Henry suggested that we go to Wooden Head’s, while I suggested that we just grab some burgers from Five Guys (which happened to be a few steps away from Grecos). 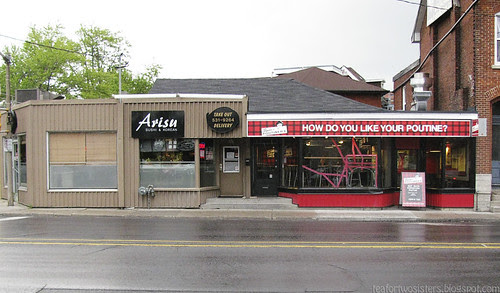 We went to Arisu in the end. I really wanted to try Smoke’s Poutinerie, but we went to have Korean instead. You can read about the last time Lucy wrote about Arisu here. 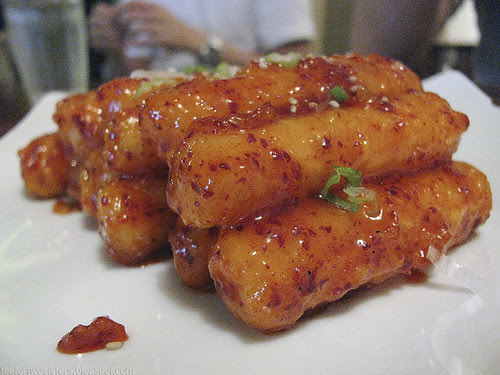 I was surprised that the restaurant wasn’t packed, but I was glad at the same time. We ordered a plate of dukkboki (rice cakes) to share. As soon as I saw the dukkboki, I had a feeling that it the sauce would be a sweet and spicy sauce. You know, it's like the really sweet sauce buffets use for general tsao chicken. Anyway, it tasted exactly like I imagined. I'm sure this wasn't what it's supposed to taste like. Where are the fish cakes and large pieces of green onions? There was a weird (thin) crispy layer on the outside of each rice cake. It was probably from all the sugar.
There was only one waiter for the restaurant. The poor guy was definitely overwhelmed. We didn’t even get the banchan until after the dukkboki. 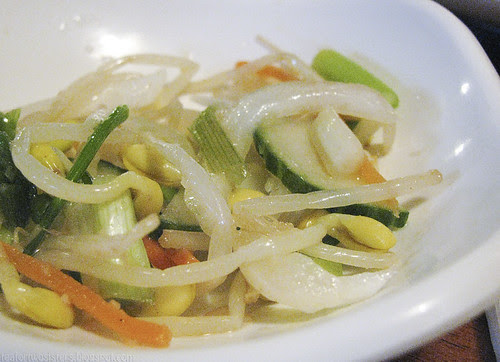 Anyway, the waiter brought the three small side dishes. The first one was a salad of bean sprouts, cucumbers, carrots, green onions, and daikon with a bit of sesame oil and other seasonings. 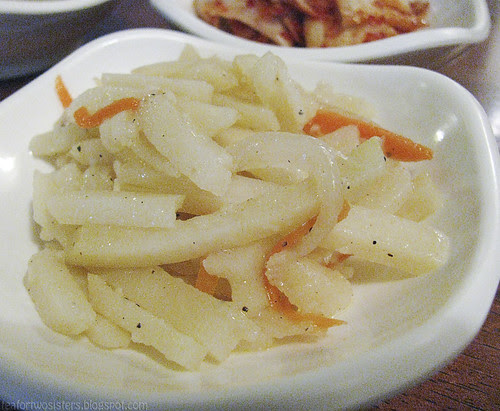 This was a plate of a potato salad. Richard and I much rather prefer the sticky potatoes that is usually served. With just one look, I knew the kimchi wouldn’t be good. I was right. It wasn't very garlicky or stinky (fermented). 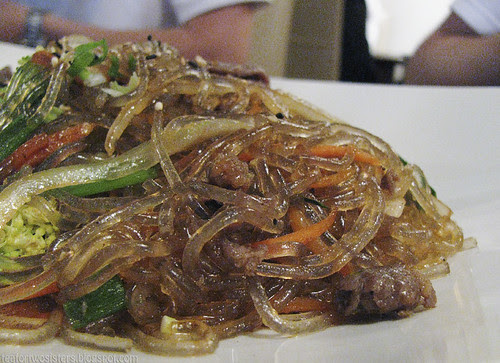 Richard and I split had got a plate of chap chae to share with the table. We barely touched it. It tasted fine but nothing that great – plus, it was easier to pack the chap chae up and eat it later. 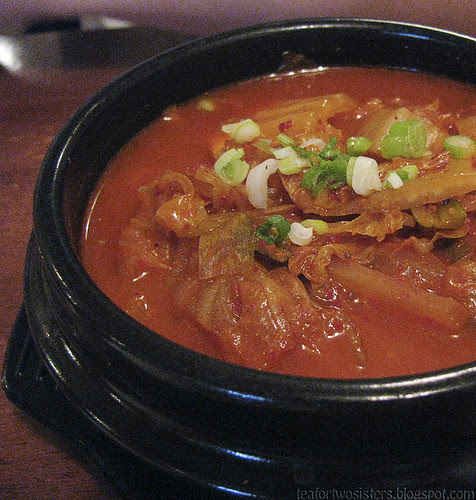 Richard ordered the kimchi jigae (kimchi soup). Jimmy got the tofu soup (not pictured). I didn’t try Jimmy’s soup, but Richard’s soup was okay. I preferred mine over his. 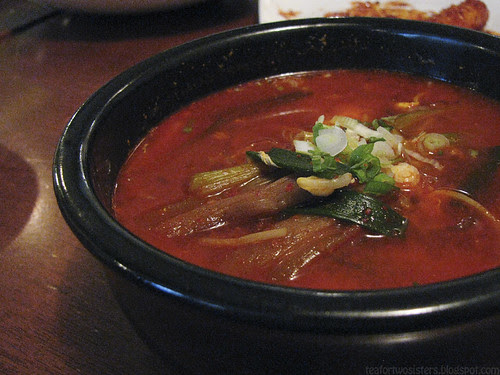 I got the yuk kae jang (spicy beef with vegetables in soup). 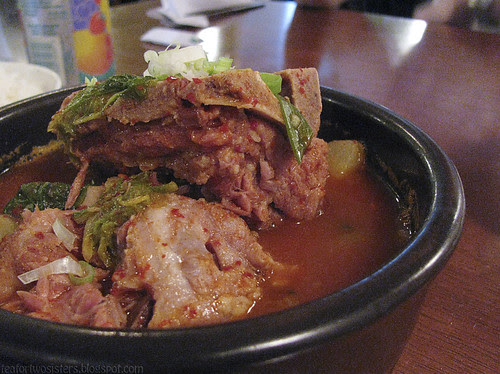 Henry ordered the gamjatang (pork bone soup). We all tried Henry’s soup and immediately wished we ordered the gamjatang instead. The soup was sweeter than mine was. The sweet taste of the pork bones and meat was so good! Oh man, my mouth is watering now. Richard ranked the soups from crappiest to the best: Jimmy’s tofu soup, his own kimchi jigae, my yuk kae jang, and then the gamjatang.
After we paid the bill and left the restaurant with full bellies. We dropped Henry back at his place and then headed back to Ottawa. I sure do miss roadies!