Yes, I know this is months and MONTHS late, especially with Grad Ball creeping up this week, but I did want to hack out a little blurb about the Royal Military College Christmas Ball 2009. The party was fantastic! Tickets were a little pricey, at $50 a piece, but considering the food and cheap drinks offered, it was well worth it. The program. We were far more interested in the buffet and the dance party than anything else. Each table had Danish butter cookies to tide us over until the buffet began. We were all dying of hunger when we arrived, so we stole an empty table’s cookie basket. Just check out this fantastic menu! Jimmy definitely ate at least one of everything, going back for thirds I believe. I was surprised to find out that the dining order was determined by ranking. Luckily, our friends are ranked higher than the mass of undergrads, so we got first (or was it second?) pickings. This is his last plate. Grapes, cherry tomatoes, prime rib, cocktail shrimp, smoked salmon with cream cheese, and celery sticks. I didn’t get a shot of our first plates because we all wolfed our food down. As mentioned before, the drinks were ridiculously cheap, so we went all out. I took this picture midway through the night. We went through a lot more as the night wore on! This is a mural. My friend and I went up to the stage to touch it, just to be sure. The décor was quite pretty, though our friends mentioned that it was much better in previous years. We waited far too long to get a picture with the bear ice sculpture, so his features have almost completely melted away. The music was pretty good, and the dance floor was packed with bodies. I had a blast! And of course, you can’t mention an RMC function without talking about “Dancing Queen.” I’m not entirely sure of the roots of the tradition, but basically, when “Dancing Queen” by ABBA comes on, all the guys rip off their shirts. I would have been floored if our friends didn’t warn me beforehand.

The food was great, and the music pumping! If you’re in Kingston and you know someone who goes to RMC, I’d recommend you check it out!
Posted by Lucy at 14:02 No comments:

... on a jet plane!
I'll be catching a flight to Toronto this afternoon. Then I'll be heading out to Taiwan and Beijing with some classmates and teachers from Humber College. I'll be gone for about two weeks. I'll leave you with some random pictures. 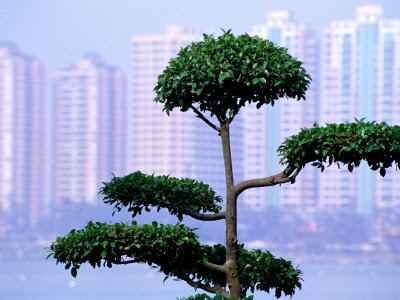 A tree in front of the skyline (Kaohsiung, Taiwan)
(Courtesy of allposters.com) 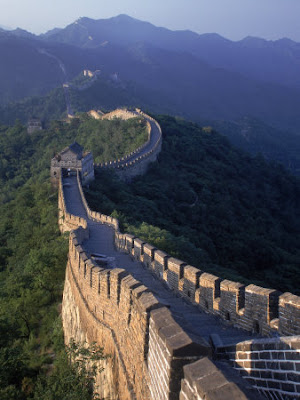