I've tried to suppress my rice noodle cravings, but a combination of being sick and the cold weather made me break. I needed something to boost my energy. I was thinking stir-fried rice noodles. The one with sauce. It has been quite a while since visiting them.

Out of all the Chinese restaurants in Ottawa that I've been to, only Kim's Restaurant makes the stir-fried rice noodles with enough smokiness. I've only experienced only one so-so rendition of the noodles here once out of the 10ish times I've eaten in. We've done takeout twice and the food didn't taste good at all. Speaking of not tasting good; Grandpa ended up trying this place with my parents sometime earlier this year. Or was it last year? The point is, he wanted to see what the hype was after I repeatedly told him that that dish was great. Let's just say that they left the restaurant unimpressed. I wasn't there, but he said that the noodles were terrible because they were black. Dad agreed and said that it was way too smoky. I got a bit defensive when I heard the news. What? Their noodles are great! How was it too black?

Determined to prove them wrong Wanting to confirm that the restaurant still made a solid plate of rice noodles with chicken, we headed out to dinner. 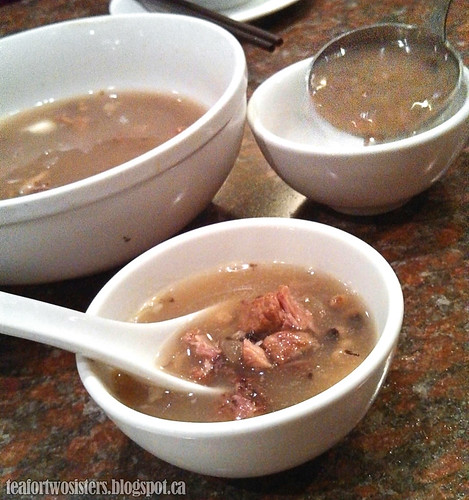 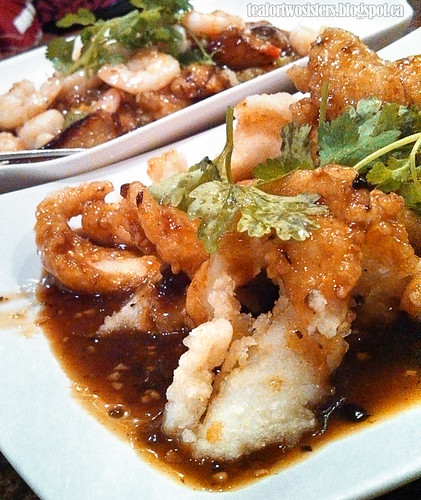 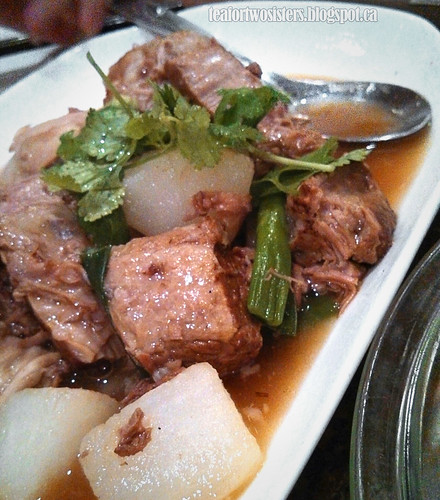 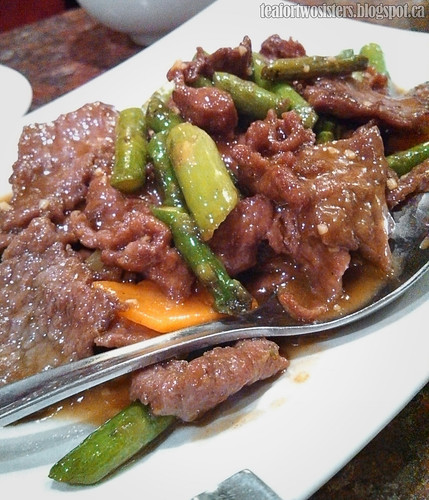 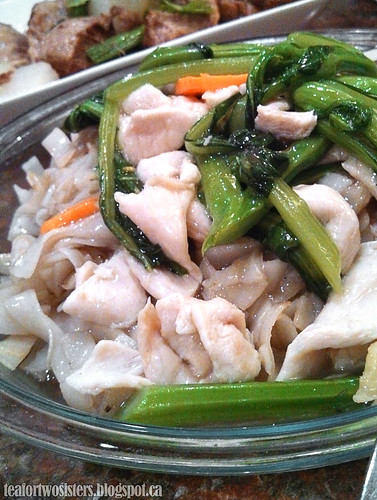 We pick and chose the three dish meal which included soup, rice, and dessert. There was a tepid bowl of black eyed beans, chicken feet, and pork soup to start. Other than that, we had the fish fillet with black bean sauce, shrimp with eggplant, braised beef brisket, beef with asparagus, and rice noodles with chicken (replaced the bean sprouts with choi sum).. I really enjoyed the fish fillet. I know they use a cheap fish like basa but the fact that they didn't drown it in the sauce made it better because it kept the fillets crispy. There was plenty of sauce for rice too. As for the braised beef brisket, we were all deeply disappointed in three things. Firstly, there wasn't enough flavour infused into the beef. Secondly, the dish was watery and didn't have the thicker gravy sauce. We really enjoy the New Hong Shing's version of the braised beef brisket (the one in the pot). Lastly, the daikon tasted sour so we asked the owner. She took away the dish and let us choose another dish to replace it. The beef and asparagus was the dish that we chose. It was very salty, but when eaten with plenty of rice or rice noodles, it was fine. Of course, I wasn't surprised when the rice noodles arrived with a delicate aroma of wok hei. There wasn't enough of the sauce sadly. Since there were dishes like the black bean fish fillet and the salty beef with asparagus, it all worked out.

As we're enjoying dinner, I had to ask the question: How do the noodles taste? My parents' answer: good. 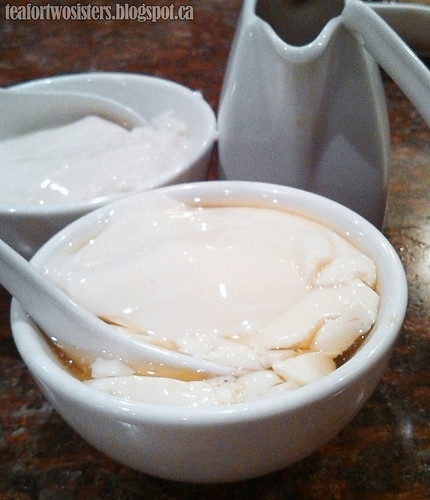 To cap off the night, we were given some warm silken tofu for dessert. Apparently my parents had the silken tofu last time they dined with Grandpa. This was new to me. Mom didn't say the exact words, but essentially said that this was the best silken tofu dessert it Ottawa. The dessert was silky and fragile, and when drizzled with the simple syrup, that was lightly imbued with ginger, the warm dessert was like a warm fuzzy hug.
Posted by Christine at 19:00 3 comments: