Last week was the Sparks Street Ribfest. We're veterans when it comes to the ribfest. If you aren't familiar with it, don't fret. We're here to help. We have a few tips on how to conquer the ribfest (adjusted from the 2011 post):

Richard, Andrew, and myself were the runners this time. We figured out what we wanted and went out.

More after the jump »
Posted by Christine at 14:45 No comments:

Father's Day was a day before Grandpa's 80th birthday this year. The extended family gathered at Sea King Restaurant for a huge banquet lunch that started off with Peking duck. I didn't photograph every dish, but here are some notables: 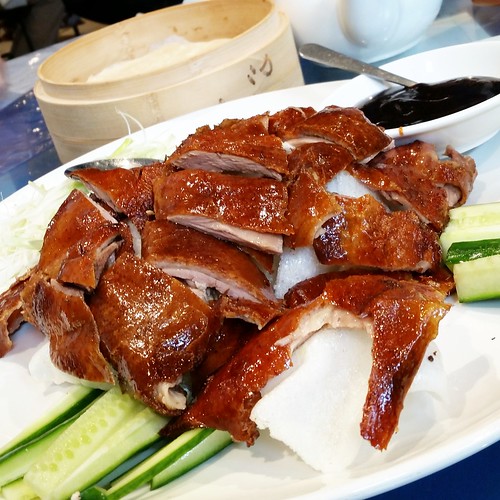 The Peking duck wasn't sliced properly. Usually the skin is sliced and served with the pancakes. Then the duck meat is stir-fried and served with lettuce to wrap. And the third rendition is supposed to use the bones for soup. We got two versions of duck that day; the skin, with a bit of meat attached, on top of disappointing limp shrimp chips, and then a plate of the duck meat. 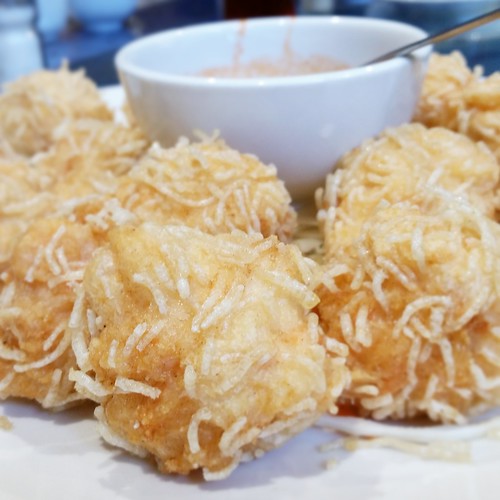 A family favourite, shrimp paste balls, arrived. These are the same mixture that restaurants use to make those stuffed crab claws that you get during Chinese wedding banquets. Grandpa likes these too. 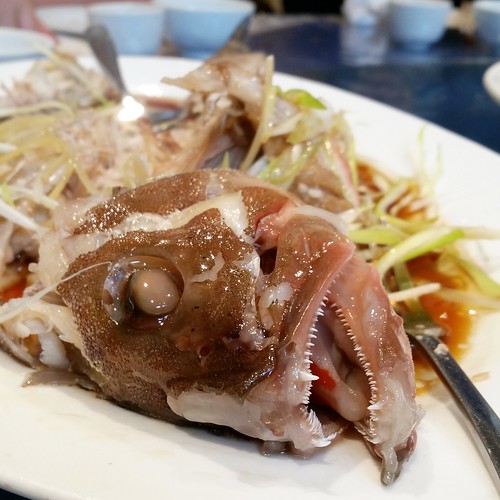 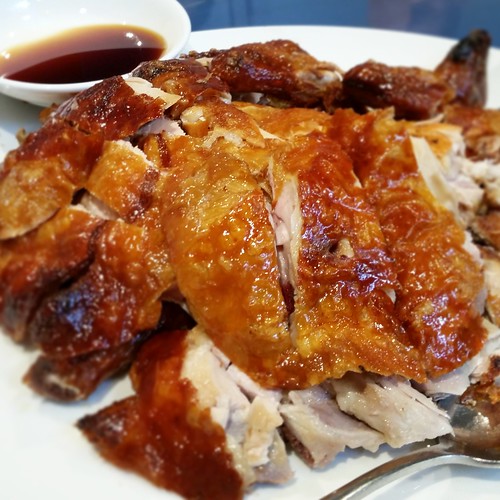 Grandpa wasn't happy to see the Chinese roast chicken. In his opinion, if we got the duck, then we didn't need this. We had to remind him that it was part of the set meal and to try and enjoy it. The chicken skin was so crispy and the meat was very tender and juicy. The chicken is usually left mainly untouched, since it tastes great reheated the next day. But the chicken was finished. 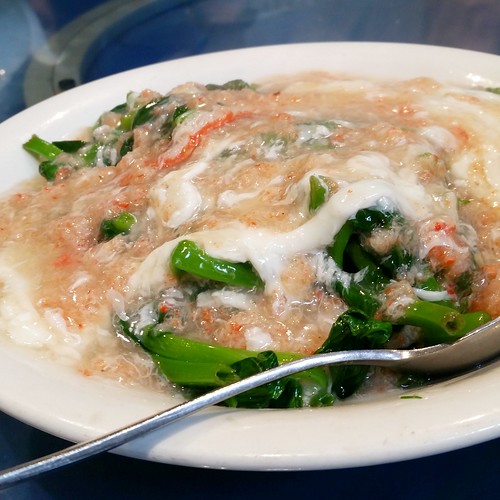 This was an unfamiliar dish of young snow pea shoots with crab meat and egg whites. The family really enjoyed the dish. 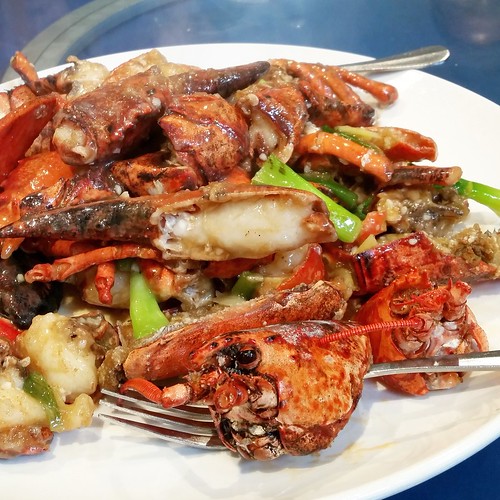 The lobsters with ginger and onion were spot on for me that day. 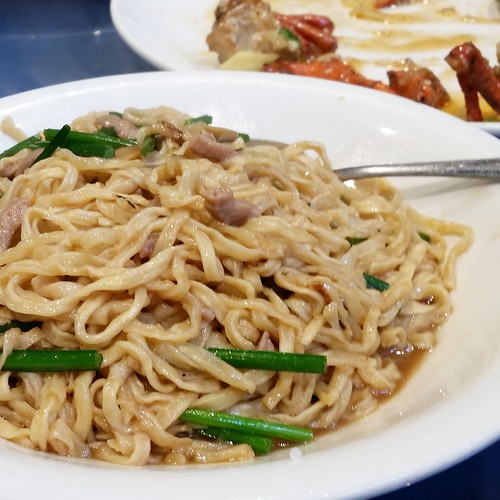 The last two main dishes were fried rice and braised e-fu noodles. The e-fu noodles were slightly smoky and tasted even better when mixed with some of the lobster and ginger onion sauce. 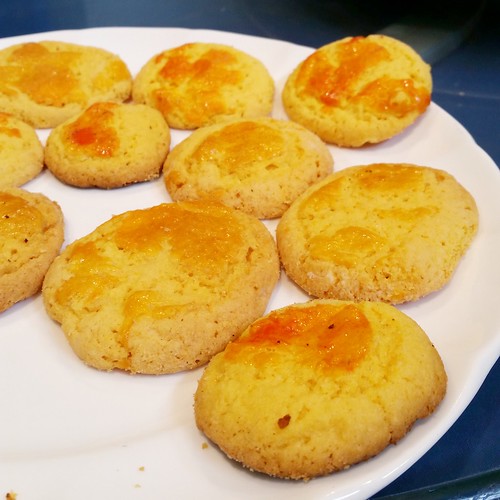 The set lunch was capped off with a plate of almond cookies. 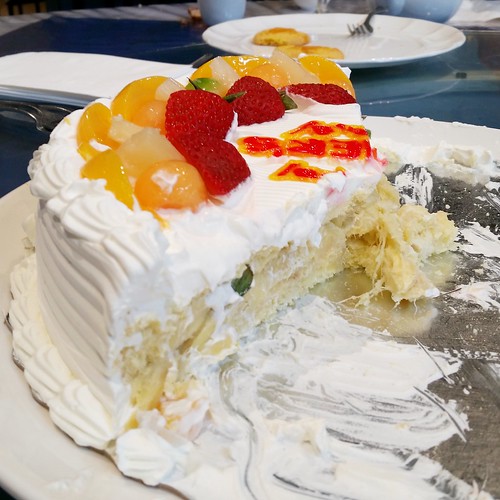 But our lunch finished with a fragrant durian layer cake from Kowloon Market (about $23/lb of durian), which my uncle picked up beforehand. Although we were in a private room, I still felt bad for anyone who was eating in the restaurant. The room reeked of durian and we overheard people talking about the smell. Most of the family loves durian. I find that I have to be in the mood for it, otherwise, the smell ruins any curiosity. I had a small slice that day and that's all I needed. After scraping off most of the icing, I got into the fluffy cake and durian, which was very creamy and custardy.

The banquet lunch was paced at a reasonable pace, especially considering that it was during their busy Sunday dim sum service. The portions were good too. There was enough for everyone to have at least one serving of every dish, except the Peking duck -- but we made the miscalculation. We still had leftovers after eating, but none of the good stuff.

Posted by Christine at 11:59 No comments: 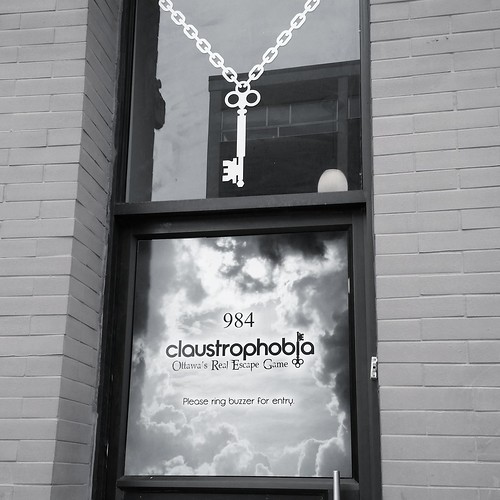 To celebrate Andrew's birthday, we went to Claustrophobia yesterday. The idea behind the different game rooms is that you are "locked in" a room and have to find clues to unlock keys, which would hopefully unlock the final door within the time limit. Lucy, Jimmy, Richard, Andrew, and myself, did the Hostel-themed room. Lucy was the only one who had an idea of what to do. We were all lost and just spent the first few minutes looking for clues and writing them down. The ball got rolling once Andrew found a big clue. We solved the code and opened the first safe, which contained a key to unlock more clues. Without giving anything away, we got out in 35 minutes which was the May record for the Hostel. It really was thrilling as every combination was unlocked and it satisfying when we finally got out of the final door. 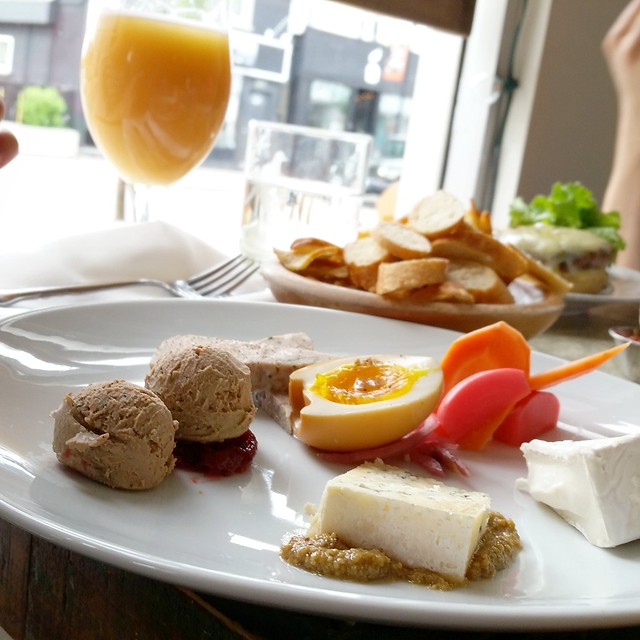 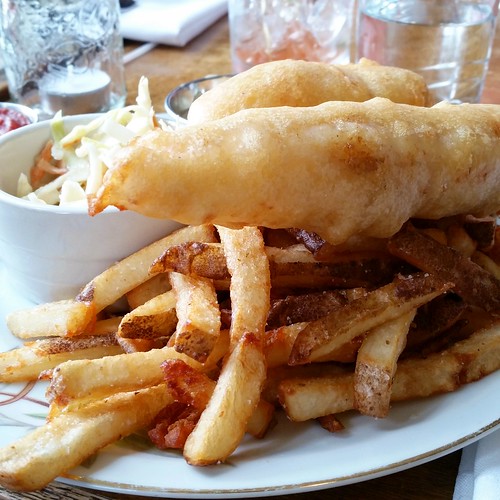 We walked down the block to The Hintonburg Public House for an early dinner. We were a bit disappointed how small the Ploughman's Plate was, but the flavours and textures were good. We really enjoyed their crunchy fries with their house ketchup and Beau's Beer Battered Fish & Chips with House Tartar Sauce. We were pleasantly surprised to find crunchy nubbins underneath the pile of fries. Our favourite! Lucy's Pink Fuzz from Beyond the Pale Brewing Co.
was bright. Jimmy inhaled his juicy medium-well cheeseburger. 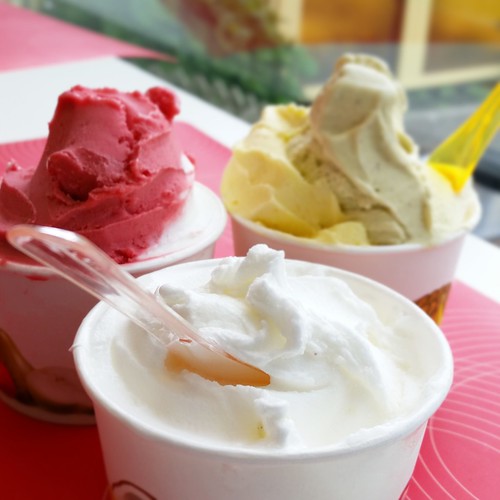 Looking to satisfy our sweet tooth, we drove down to Preston Street and went to Gelatini Gelato, which is located beside the soon-to-be-opened Roberto Pizzeria. The pistachio was extremely creamy and nutty. The other flavours were refreshing. It was wonderful.

Posted by Christine at 16:30 No comments: