Thinking back, I don't think we've ever had just a kid's night out. One of us was usually in another city or even in another country, so it made it tough to organize one. Now that we're all in Ottawa, we found time and got together for dinner and the Sens game.

Since the Canadian Tire Centre is in Kanata, we were trying to decide where to go for some good food. Richard suggested Central Bierhaus that's located in Kanata Centrum, right by the Landmark Theatre. It was coincidence that Chris Neil, a current Sens player, actually owns the establishment. 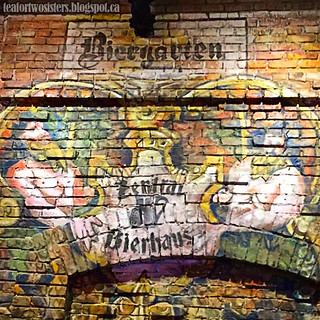 When we arrived for dinner, we were promptly seated and took a look at both the beer and food menu. The Central Bierhaus has an impressive selection of beers from around the world (Belgium, German, Ireland, and Japan to name a few). 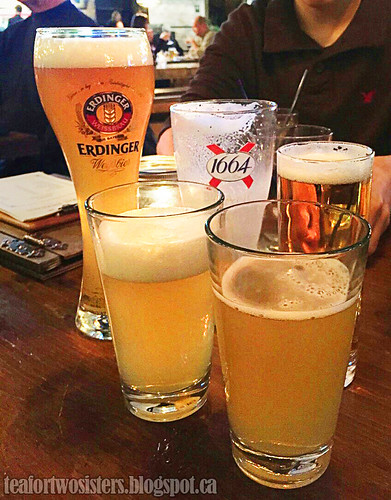 To quench our thirst, we went with the Pilsner Urquell (Czech) for Richard, Erdinger dunkel (German) for Andrew, and Kronenburg Blanc 1664 (France) for Lucy and myself.


To fill our stomachs, we started with the traditional sausage flight (platter) which was served with bacon saurkraut and three mustards from McGarrigles. Then we got the giant soft pretzel, confit maple pork belly, and lobster poutine. 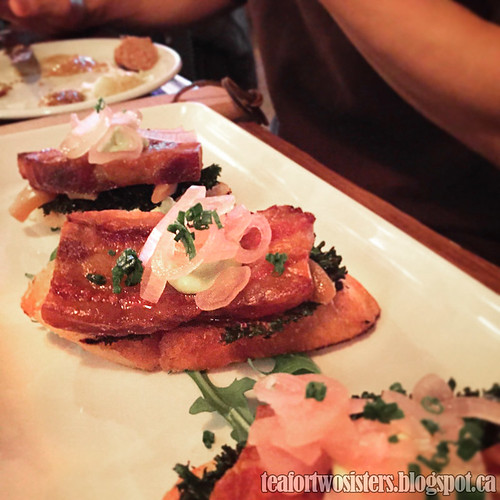 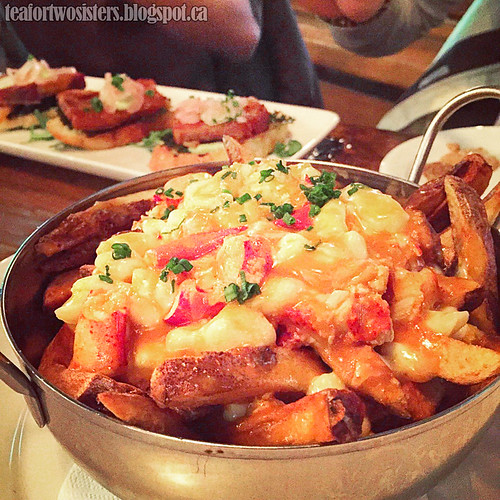 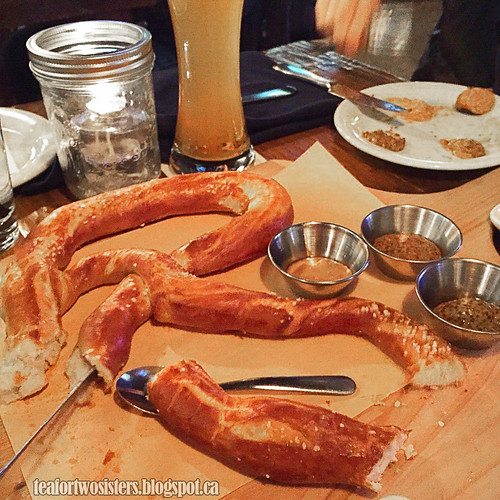 It was too much food. The confit maple pork belly was curiously dry. The lobster poutine was alright. The stars were definitely the sausage flight and the pretzel. When I had a piece of the pretzel, it was like an epiphany. "Ah, so this is what pretzels are supposed to taste like." I'm definitely coming back for more pretzels. No question about it. When I asked Richard how authentic they were, he surprisingly remarked that he never had any pretzels in Germany. When it came to snacks, he preferred the currywurst over pretzels. 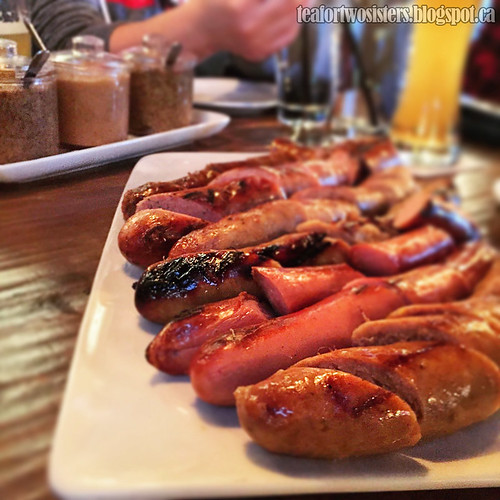 As for the sausage flight, we got one each of a German bratwurst, Oktoberfest, German frankfurter, smoked italian, hot italian, and honey garlic sausage. It seemed like they ran out of the weisswurst. I didn't like the two italian sausages or the bratwurst. The latter seemed to be overcooked and became dry. The bacon saurkraut did its job of being the palate cleanser between each bite. I know others would disagree with me, but I enjoyed how subtle the bacon was. 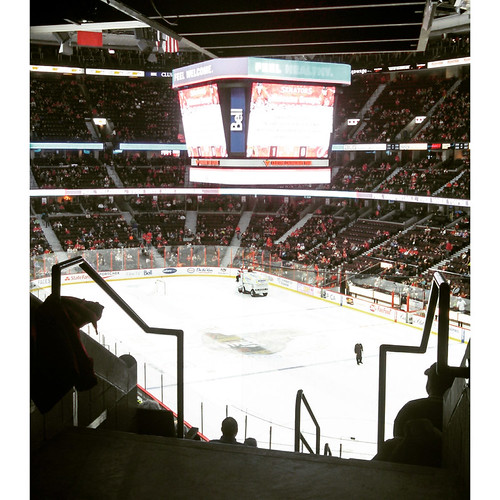 Once dinner was over, we headed over to watch the Lightning against the Sens game. This pic was from the first intermission when the Sens were still up 1-0. The team couldn't keep up with the Lightnings and lost by a final score of 4-2. Despite the loss, it was still a great night with all the siblings!

Posted by Christine at 18:10 No comments: